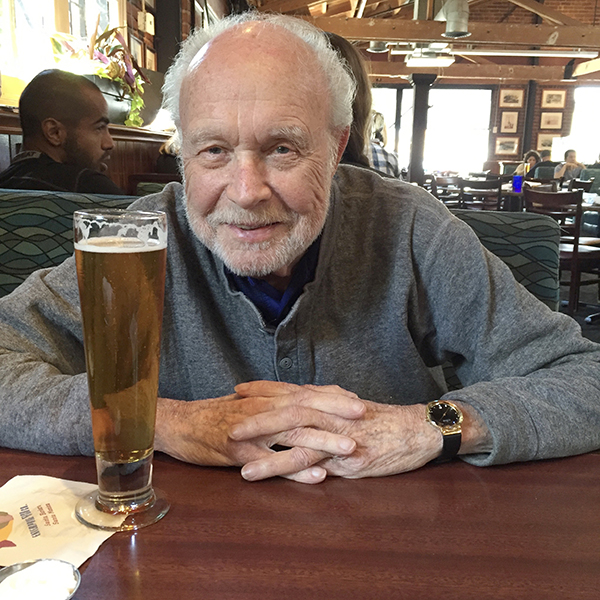 Terry Melton was born in Gooding, Idaho at the county hospital, later replaced by a Safeway Store.  His parents were a superior couple; Omar and Loyce Melton, and he had an elder sister, Janice, all of them now gone.  He married Glenda Smith of Caldwell, Idaho and they had 13 years together producing a son, Robert and a daughter Noelle.  He never really got to know quite well-enough his beautiful daughter.  His son was his best friend.

If his believer friends were correct he is now hobnobbing with either God or Allah.   If his Jewish friends were right he was just here for a while, awaiting further instruction.  If his Buddhist friends were the best predictors, he is currently a butterfly in Tibet.  But if returnings are really possible he will likely attempt a re-emergence as a baritone at La Scala.

He loved beautiful women; some very close-to-enough and some a bit too much.   Regrets were minimal. He adhered to the painter Ad Reinhardt’s admonishment that “Art is art:  Everything else is everything else.”  He remained grateful that agreeable spirits and elements allowed him time on the planet with family, particular friends, painting, writing and dry martinis.

And at long last he encountered the real love of his life; a painter, a woman of civility, a social philosopher, a paradigm of beauty.

Lastly, He would suggest that you, reader of this notice,  purchase a painting or sculpture from a serious artist, live with it for a while, then give it to a worthwhile museum in honor of a best friend or lover or both.

No public services are planned.  Donations would be gratefully accepted to the soon-to-be T.R. MELTON AWARD at the University of Oregon, Eugene, or the Saint Francis Shelter, Salem, Oregon.  Assisting the family is Virgil T. Golden Funeral Service.